Cloud security has transitioned from a primary concern to one of the main drivers for cloud migration. Security now is a game-changer, and Microsoft has taken a very active role to inform and protect tenants from thousands of attackers seeking to compromise Azure resources.
According to the latest Microsoft Security Intelligence Report, companies from all sizes and industries faced significant challenges to protect their infrastructures and personnel.
The attacks followed different formats and appeared to users as dirty tricks, such as phishing, malware, coin-mining, and software supply chain attacks, to name a few.

The goal of this post is to provide a comprehensive look at the current security landscape and discuss Microsoft expert’s recommended steps to minimize the impact of existing threads in our organizations.

The Microsoft Security Intelligence Report (MSIR) is a compilation of insights culled from a year of security data analysis and hands-on lessons learned. Data analyzed include the 6.5 trillion threat signals that go through the Microsoft cloud every day and the research and real world experiences from thousands of security researchers and responders around the world. To learn more about this bi-annual report, please follow this link.

Let’s discuss some of the key concepts regarding cybersecurity, the types of cyber threats -including their scope and scale- and consequences of cyber attacks to our personal and professional environment.

What is Cybersecurity, and how can I prevent a cyber attack?

One of the major misconceptions about cybersecurity is that attacks only target credit card institutions.
News around the world reported about the colossal data breach that Equifax , a consumer reporting data company, suffered in 2017 simply because the firm failed to patch an Apache server.
The implications were significant: Forbes published yesterday, that Equifax’s reputation and ratings have downgraded as a result of the cyber attack.

Definition:
I define cybersecurity as a set of practices, policies, and techniques that each organization must follow to protect three core aspects of your business: People, Processes, and Technology.
It requires planning, investment, training, execution, monitoring, and a continuous assessment of the company to protect from attacks, damage, or unauthorized access.
Protection is a constant effort, attackers adapt, and if cyber attackers tried to hack your site unsuccessfully, they would try again in a week, a month, or a year. You need to build a culture of vigilance.

Best Practices
From a general point of view, I always refer to the formerly called “The White House Cybersecurity Framework” now referred to as the “National Institute of Standards and Technology” (NIST) framework.
This framework encompasses five different modules that can be summarized as follow:

However, this is a site about azure, so in the next post, we will talk about how to use this framework in combination with the Microsoft Azure Security Center. 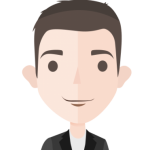